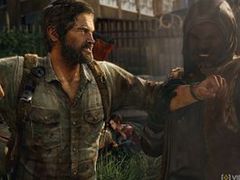 The Last of Us movie will feature a story adapted from the critically acclaimed video game, its creator Neil Druckmann has told IGN.

“It’s an adaptation of the story of The Last of Us,” Druckmann confirmed. “As far as where we go and how we make it fit into a film, how it takes into account the unique properties of film… We’re not sure yet. We’re only just scratching the surface.”

Earlier this month Deadline reported that the Screen Gems movie will be written by Druckmann.