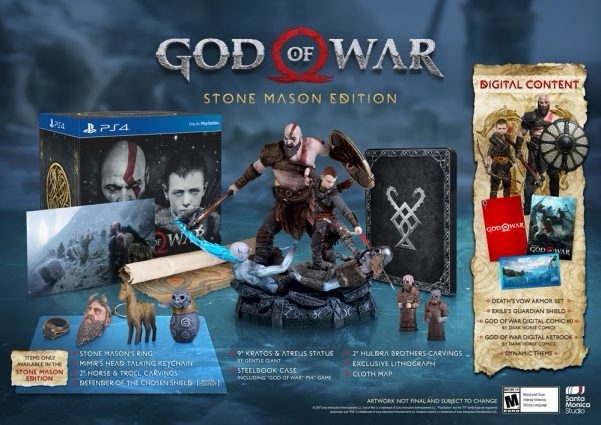 The God of War Stone Mason Edition looks the business

GameStop has lifted the wraps off a God of War Stone Mason Edition, which includes a wealth of physical goodies for those looking to splash their cash on the upcoming PS4 dad-’em-up adventure.

You had better start saving those pennies though, as this special edition will set you back a whopping $149.99 (via resetera). There’s no word on a UK release yet, but we’ll be sure to keep you in the loop when/if we hear anything.

God of War is due out this year exclusively for PS4, with Sony suggesting that a release date announcement is imminent. Not only that, but a series of recent leaks have indicated the game will be with us some time in March.