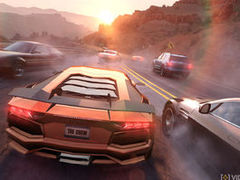 The Crew goes free on PC

UPDATE: The PC version of The Crew can now be downloaded for free for one month only. To grab it, head through to the Ubisoft Club.

ORIGINAL REPORT: Online racer The Crew will be available to download for free on PC from next Wednesday, September 14, Ubisoft has announced.

The Crew is the latest game to join Ubi’s 30th anniversary celebrations, going free for a limited time on Uplay. Previous games to go free include Splinter Cell, Prince of Persia: The Sands of Time and Rayman Origins. If you haven’t yet grabbed Rayman you have until next week to download it.

The Crew launched on PS4, Xbox One and PC in 2014. Its latest expansion pack, a police-focussed expansion named ‘Calling All Units’, is due to release in November.