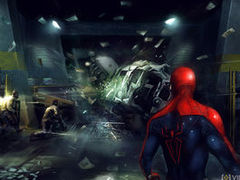 The Amazing Spider-Man will be released in late June

The Amazing Spider-Man, the game which continues the story after the motion picture reboot, will be released June 26 in the US and June 29 in the UK.

This means the game will hit stores a week before the film opens July 3 in the US and July 4 in the UK, which is slightly concerning for those not wanting to spoil the movie.

The release date was revealed in the new Rhino Trailer seen below.

In addition to Xbox 360 and PS3 versions, Wii, 3DS and DS versions are also planned.