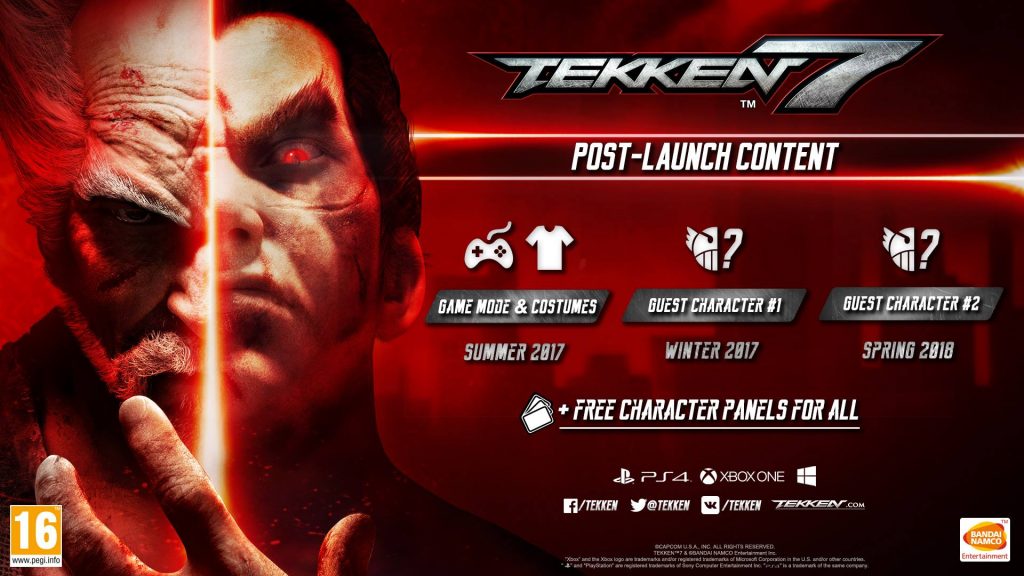 Tekken 7 will be supported post launch via a series of DLC drops, first this summer and ending in spring 2018, Bandai Namco has announced.

Winter 2017/Spring 2018: Will both feature one exclusive playable guest character from other videogames’ licenses, a special stage and special costumes for these guest characters.

The three DLCs will be available individually or via a Season Pass, which also awards players with 35 metallic costumes.

In addition, over the coming year all players from all platforms will be able to download free character panels from worldwide artists, used to customise character images displayed during the loading screen.

Tekken 7 will launch June 2 for PS4, Xbox One and PC. Pre-order to receive access to Eliza, the vampire character from Tekken Revolution.