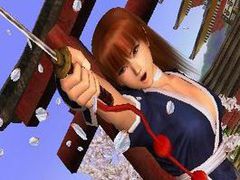 Head of Team Ninja Yosuke Hayashi is brushing aside concerns that the 3DS’s limited battery life will negatively impact the console’s appeal.

According to Hayashi, the 3D effect – this is what aggressively drains the 3DS battery – causes too much eye strain to be usable for long periods anyway. “For the battery stuff,” he said to VideoGamer.com during an interview last week, “basically, 3D viewing for a long time would be kind of tiring for your eyes, that’s why for the hardcore gamer we can switch the 3D depth slider to off.”

Referring specifically to Dead or Alive: Dimensions, Team Ninja’s 3DS fighter, Hayashi argued how well the game played for anyone trying to conserve the battery life by disabling the 3D effect. “Without 3D viewing we can run the game at 60fps, which the hardcore gamer can enjoy.”

Hayashi wouldn’t publically declare which mode was the best for the game, though. “People can choose – that’s why we’re providing the option. People can play either way.” So what’s Hayashi’s favourite way of playing? “3D viewing is very interesting and more appealing”, he said.

Hayashi also wasn’t convinced about Capcom’s use of the 3DS’s Street Pass feature. “[Super Street Fighter IV 3D Edition] has a figurine battle. We are in the fighting game genre, and they’re not fighting!”

Dead or Alive: Dimensions will instead use Street Pass to track and distribute statistics.

The game “remembers the habit and customs of the person playing – we’re going to fight with avatars which remember the action habit of the players.”

Dead or Alive: Dimensions will be released during the 3DS launch period.