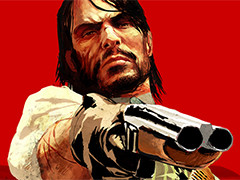 Take-Two CEO Strauss Zelnick has dropped the greatest hint yet that a sequel to 2010 open-world hit Red Dead Redemption could be in the works.

“Our goal is to try to create permanent franchises,” said Zelnick, “that’s the unique goal in the industry.

“Our competitors do not see it that way. Our competitors’ view is that our franchise will have a certain life, and at the end of that life, you move onto the next thing, so you better make hay while the sun shines. Our view is to the contrary. The best franchises are permanent franchises.

Take-Two, which owns Rockstar Games, has yet to announce a sequel to Red Dead Redemption, but previous comments from Rockstar have suggested a sequel may be in development.

Back in July last year, Rockstar asked fans to “stay tuned for further announcements about the future of the Red Dead series”.