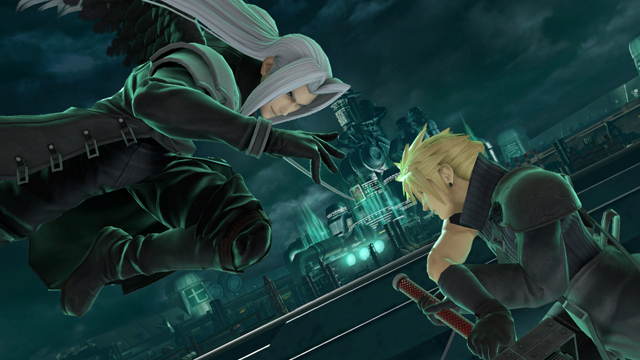 Nintendo has given fans a detailed look at Sephiroth’s upcoming introduction to the Super Smash Bros Ultimate roster in an extensive video with director Masahiro Sakurai.

As an added incentive, the game has also launched a ‘Sephiroth Challenge’ mode accessible from the menu, which challenges players who already own the Fighters Pass Vol 2 to attempt to defeat him in a boss battle. If they’re successful, they get to unlock the character and his Northern Cave stage early, ahead of his official release on December 23.

The Final Fantasy VII villain will also be coming alongside a new Mii Fighter costumes pack, which contains a bunch of costumes based on other Final Fantasy VII characters, including Barret for the Gunner, Tifa for the Brawler and Aerith for the Swordfighter. A couple of other bonus outfits in the pack include a chocobo hat, and Geno from Super Mario RPG, though this costume pack will not be available as part of Fighters Pass Volume 2.

Check out videos for both pieces of DLC below, which launch into Super Smash Bros Ultimate exclusively on the Nintendo Switch on December 23.