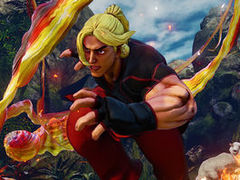 Street Fighter 5 has sold 1.4m units across PS4 and PC, Capcom has revealed. The figure covers sales up to the end of Capcom’s financial year on March 31, 2016.

The figure is significantly fewer than what Capcom had hoped for, however, with the firm having targeted 2m sales before April. Despite the shortfall, however, the game remained “a perennial favourite” during its opening month, Capcom says, “and maintained steady sales mainly overseas”.

While sales haven’t been broken down by platform or region, the game didn’t appear to perform too well in the UK, where it bombed out of the physical Top 40 chart after just five weeks. The game is also said to have sold fewer physical copies during its opening week than Street Fighter 4.