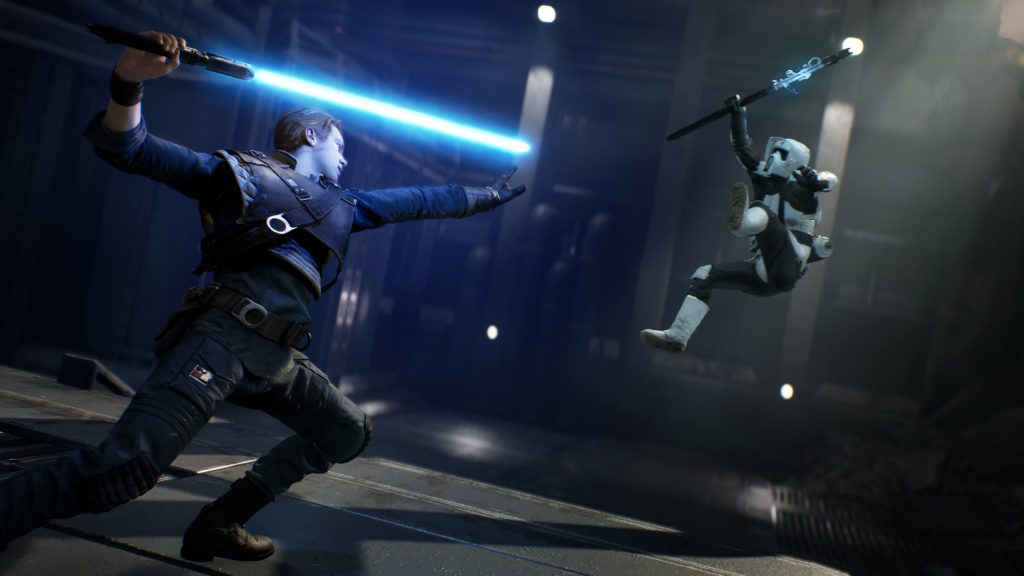 EA has pushed out a new patch for owners of Star Wars Jedi: Fallen Order, offering up some visual enhancements for those playing the 2019 adventure on Xbox Series X|S and PlayStation 5 consoles.

As per the patch notes, all consoles recieve a framerate upgrade, with the game going from 45 FPS to 60FPS on the new systems. Meanwhile, Xbox Series X owners can now choose to run the game in a Performance mode with the new framerate and a dynamic resolution in thee range of 1080p to 1440p or go for a Normal mode where postprocessing has been increased to 4K with a Dynamic Resolution range of 1512p to 2160p.

Meanwhile, the PlayStation 5 gets its framerate increased to 60FPS, with postprocessing increased to 1440p. Dynamic Resolution has been disabled on that console, and the game is rendering at 1200p which is up from 810-1080p.

The patch should be live on all the systems now and applied the next time you run the game – which we'd heartily reccomend if you've not played it yet —take a butcher's at our verdict over here. Star Wars Jedi: Fallen Order is also currently available for no extra cost as part of an EA Play subscription or on Xbox Game Pass Ultimate.

Developer Respawn Entertainment meanwhile is said to have commenced work on the studio's next project, which if job listings are anything to go by will see them working on a new IP.