Contents hide
Latest News
Trailers and Clips
When does the series release?
Where can I watch the series?
What is the story of the first season?
Who stars in the series?

“Andor” is set to show audiences and Star Wars fans worldwide exactly what Cassian meant when he memorably told Jyn Erso in “Rogue One: A Star Wars Story“:

“I’ve been in this fight since I was six years old. You’re not the only one who lost everything. Some of us just decided to do something about it”

Ahead of the release of Episode 4 of Season 1 tomorrow. Lucasfilm have released three brand new character one sheet posters for Bix (played by Adria Arjona), Syril Karn (played by Kyle Soller), and Maarva (played by Fiona Shaw):

In celebration of the release on Disney+ of “Andor”, the show’s official Twitter account has just tweeted out the below message with a short trailer of clips from the series overlain with praise from critics for the first 3 episodes:

In a recent interview with The Wrap, “Andor” showrunner, Tony Gilroy, has confirmed that Part 2/Season 2 of “Andor” is set to begin shooting in November 2022 with a scheduled finish date for shooting of August 2023:

“We start shooting in November on Part 2. And I don’t know if … Our past pattern was two years, but I mean, I’ll be on … We’ll shoot from November to August. And then our post[-production] last time was about a year.”

So, if the next block of shooting follows this same pattern, it seems that we should expect to see Part 2/Season 2 of “Andor” released in either August or September of 2024.

“Andor” screened its first three episodes in an early preview screening for members of the US press and the reactions coming out of the preview have been very positive:

The Official Star Wars Twitter account has just tweeted the below image in celebration of the “Andor” Season 1 premiere being only a week away:

When does the series release?

The series is scheduled to air its first three episodes globally on 21st September 2022.

Where can I watch the series?

“Andor” will be available exclusively worldwide on the Disney+ streaming platform.

What is the story of the first season?

Per the official story synopsis for the series:

“The series will explore a new perspective from the Star Wars galaxy, focusing on Cassian Andor’s journey to discover the difference he can make. The series brings forward the tale of the burgeoning rebellion against the Empire and how people and planets became involved. It’s an era filled with danger, deception and intrigue where Cassian will embark on the path that is destined to turn him into a rebel hero.“

Who stars in the series?

Alan Tudyk rumoured, and announced when the series was first announced, to be returning as K-2SO

Rogue One: A Star Wars Story
Buy on Amazon
SaleBestseller No. 2

ROGUE ONE: A STAR WARS STORY [4K UHD]
Buy on Amazon
SaleBestseller No. 3 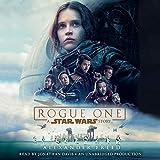 Rogue One: A Star Wars Story
Buy on Amazon
Bestseller No. 4

Rogue One: A Star Wars Story (With Bonus Content)
Buy on Amazon
SaleBestseller No. 5