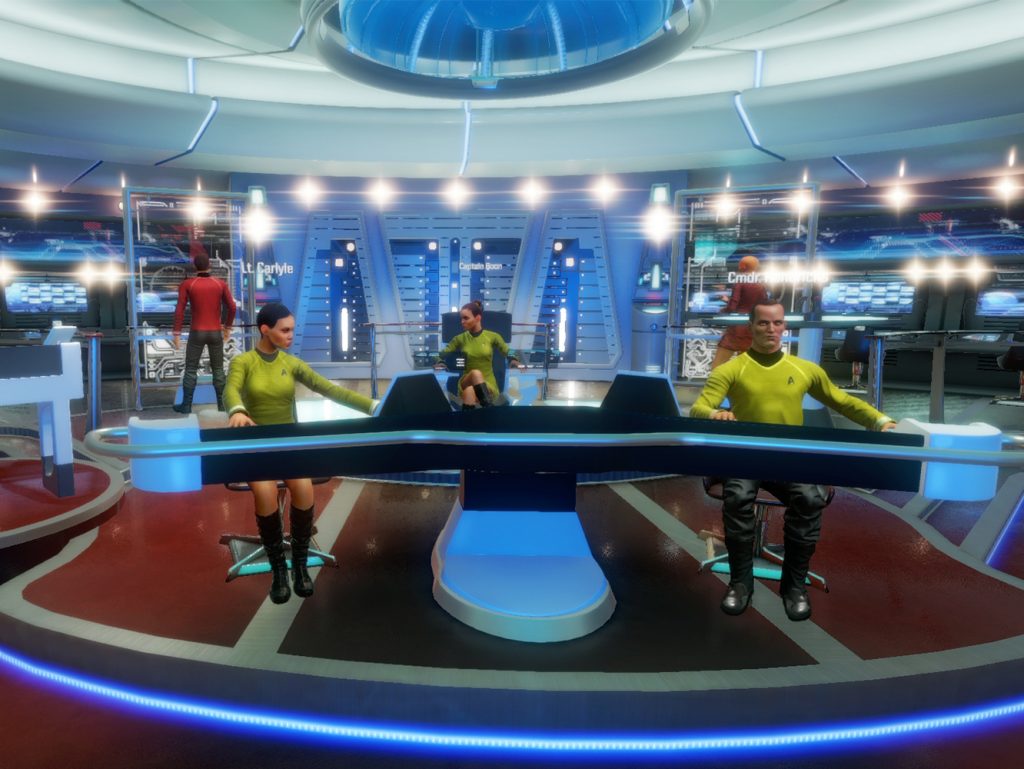 Ubisoft has sent word that Star Trek Bridge Crew, its Star Trek themed starship simulator, has now been patched to remove the VR requirement, meaning players who don’t have VR headsets can join the crew.

The patch includes some graphical enhancements to the game that were created specifically to take advantage of the extra horsepower gained from not having to render things for VR, as well as support for Windows Mixed Reality.

It seems like an odd move for a game that was, essentially, built around VR but we do admit the allure of being able to do a Riker and not trip over the furniture is a strong one, and indeed players with VR can play with players without VR seamlessly and vice versa, so it certainly opens up the number of potential crewmates to play with.

Star Trek: Bridge Crew is out now for the PC and PlayStation 4.