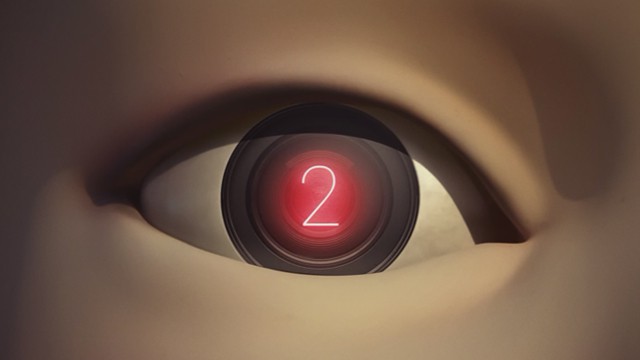 “Squid Game” creator Hwang Dong-hyuk has been teasing fans about what they can expect from the show’s Season 2.

In a new interview with The Hollywood Reporter, Dong-hyuk was asked about the themes of the second season, and if they’d been affected by the response to the highly successful first run.

“I’ve seen many reactions from people about the show,” he said. “But I don’t want to make season two as a response to those reactions. The philosophies I put in season one all naturally extend to season two.”

He then gave some further information on how the series hero may have changed since his experiences the last time around.

“I can’t share any details yet, but you know that Seong Gi-hun has become a totally new person by the end of season one,” he says. “So season two is going to be about what that new Gi-hun is going to do and how things will unfold with this new kind of character.”

For those yet to experience “Squid Game”, we highly recommend it. The show made history as the first foreign language series to be nominated for Outstanding Drama Series at the 2022 Emmy Awards, along with a host of other nominations.

The name ‘Squid Game’ refers to a popular Korean playground game, where there are two teams – one attacking, the other defending. The defending team can run around the inside on both legs, while the attacking team can skirt around the edges on one leg.

Now Read: The Imperfects – Release Date, Latest News, Everything You Need To Know

As part of their “Tudum” global fan event, Netflix did not reveal any new information on the upcoming 2nd season of “Squid Game”. However, they also did not come empty handed either. As they released the below, previously unreleased clip, from “Squid Game” season 1:

Could Hollywood superstar Leonardo DiCaprio be taking part in an upcoming “Squid Game”?

Well, according to the show’s creator, Hwang Dong-hyuk, it’s certainly a possibility. As during a celebratory press conference held in Seoul for the series’ multiple Emmy Award wins, Dong-hyuk said that:

“There will be no known Hollywood actor in Season 2. That’s not in the plan and if the stage changes, maybe in Season 3 – but for Season 2, it is still set in Korea. Leonardo DiCaprio did say he’s a big fan of ‘Squid Game,’ so maybe if time or chances allow, we can ask him to join the games.”

So, there you have it, and from the series creator no less. If the possibility presents itself, and if DiCaprio is free and willing to take part, we could very well be seeing him running the gauntlet of the game in Season 3.

It has been announced via the following article that “Squid Game” has received four Emmy awards at the 74th Primetime Creative Arts Emmy Awards:

The “Outstanding Guest Actress in a Drama Series” Primetime Creative Arts Emmy was won by Lee Yoo-mi for her role in the acclaimed series as Ji-yeong.

Netflix officially announced that “Squid Game” would return for Series 2 back in June. At the time, it released a statement from the show’s creator – Hwang Dong-hyuk who was also the writer and executive producer.

“It took 12 years to bring the first season of “Squid Game” to life last year. But it took 12 days for “Squid Game” to become the most popular Netflix series ever. As the writer, director and producer of “Squid Game”, a huge shout out to fans around the world. Thank you for watching and loving our show.”

“And now, Gi-hun returns. The Front Man returns. Season 2 is coming. The man in the suit with ddakji might be back. You’ll also be introduced to Young-hee’s boyfriend, Cheol-su. Join us once more for a whole new round.”

The statement didn’t give much away about when we can expect to see Season 2. However, in an interview with Vanity Fair back in May, Hwang predicted the new series could be out by the end of 2023 or 2024. This would line up with the two years it took to film the first season.

More recently, in an interview with the Hollywood Reporter, Hwang Dong-hyuk revealed he has a deadline to finish writing the Season 2 script at the end of the year – which means a 2024 release date may be more likely.

He told the outlet: “I had to work on my next project and also have meetings with lawyers, managers, agents and studios. I also am working on a feature film, and I have a deadline to finish writing season two of Squid Game by the end of this year or early next year. So for the past nine months, I really didn’t have any time to spare.” 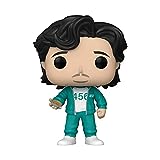 “Squid Game” Season 2 plot – what we know so far

Admittedly, we do not know much about what to expect, although a few fan-made trailers are giving hints about what the community want to see.

“I can’t share any details yet,” Hwang Dong-hyuk told The Hollywood Reporter.

He does go on to confirm that Seong Gi-hun “has become a totally new person by the end of season one,” so season two will be about “what the new Gi-hun is going to do and how things will unfold with this new kind of character”.

The last season was quite claustrophobic – set in a compound on an island. It’ll be interesting to see if this returns, or whether there is a new location. Perhaps “Squid Game” 2 moves away from just one location and takes place in in plain view? We will have to see.

“Squid Game” Season 2 cast – who is coming back?

We know that Seong Gi-hun will be returning in Season 2, who is played by actor Lee Jung-jae.

The 49-year-old wowed critics for his performance of the desperate but loveable Gi-hun in Season 1.

Elsewhere, Lee Byung-hun will likely return as the Front Man – the diplomat and head honcho of the Games.

Korean playground games that could work in “Squid Game” Season 2

You can’t mention “Squid Game” without talking about the games themselves. The standout for us was Red Light / Green Light – which was as entertaining as it was shocking. On the other end of the spectrum, the glass walkway game was perhaps the weakest, although it did build a sense of tension.

Leaning more towards the Red Light / Green Light games and less on the ‘glass walkways’ is where we’d like Season 2 to focus.

Here are some Korean games that could well make an appearance that we think with the right production values and creative assigned to them, could work very well.

Here a player spins a wooden top with a stick to make it spin. It’s popular in winter, and so could make a fun game for a “Squid Game” twist. We can imagine lots of contestants doing this in the snow, with panning aerial shots showing thousands of people playing the game. It could work well.

Popular with the upper class, Tuho plays a bit like horsehoes, where players have to throw arrows into the top of a narrow-necked wooden jar.

A simple, but in our view, very effective game, in similar ilk to the cookie-cutting game in season 1.

Perhaps the easiest to visualise. Neolttyigi is Korean for ‘seesaw’ – and would be perfect for “Squid Game”. Here, partners stand on each side and the aim is to launch the other side into the air.

You can imagine two teams trying to jump in an attempt to launch the other to their doom.

Visually it would work well… let’s see if it makes an appearance.

This refers to kite flying – which could make for an incredibly visual game. It’s not hard to imagine hundreds of kites flying – visceral, panning shots, and vibrant colours.

The question is how they could give it a deadly twist?

Before then, however, Netflix has confirmed it’s producing a reality game show based on the series. Back in June, the streamer put out a casting call for “Squid Game”: The Challenge.

It’ll involve 456 players competing for a prize pool of $4.56 million USD. While specifics are being saved, the company teased it’ll feature “a series of games inspired by the show”.

Thankfully, these games won’t have the whole death part, but “strategy, alliances and character” will be crucial to players’ success.

“Squid Game”: The Challenge doesn’t have a release date just yet. However, the casting page reveals that filming will take place over four weeks in what’s currently anticipated to be early 2023.

Therefore, presumably, the show will drop on the service either late 2023 or early 2024. Perhaps it’ll be around the same time as “Squid Game” Season 2 – we’ll keep you in the loop should we hear more.

The show made history as the first foreign language series to be nominated for Outstanding Drama Series at the 2022 Emmy Awards, along with a host of other nominations for the cast.

Yes. The name ‘Squid Game’ refers to a popular Korean playground game, where there are two teams – one attacking, the other defending. The defending team can run around the inside on both legs, while the attacking team can skirt around the edges on one leg.

As always, we’ll be updating this page with fresh information as more comes in – but in the meantime, if you haven’t watched “Squid Game” Season 1, we highly recommend it! 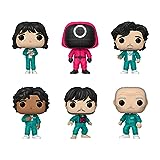 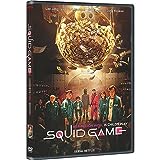 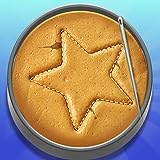 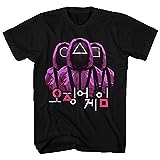