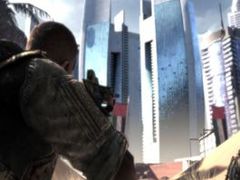 Yager, the studio behind last year’s critically-acclaimed Spec Ops: The Line, is developing a AAA free-to-play action game for previous-gen, current-gen and PC, according to various job listings.

Judging by the descriptions, the title (which is expected to be the mystery UE4 game revealed earlier this year) appears to be a military shooter with multiplayer elements.

“We’re looking for a designer with the experience to take the lead on level design for an exciting new AAA F2P project,” reads one ad for a Senior Multiplayer Level Designer. Another states that the team is looking for a Visual FX Artist to help “create real-time special effects for a Next Gen action game,” while a third asks for a 3D Artist with experience in designing “armor and military gears”, “vehicles (ground, air & water)”, and weapons.

Two of the job ads are also duplicated on Gamasutra, confirming that the project is linked to a “PC / Windows, PlayStation 4 [and] Xbox 360” title.

Yager announced its next-gen project back in March, revealing that the title would be powered by Unreal Engine 4 and suggesting that it would be built around a “micro-transaction based business model”.

A release date for the title has yet to be announced.