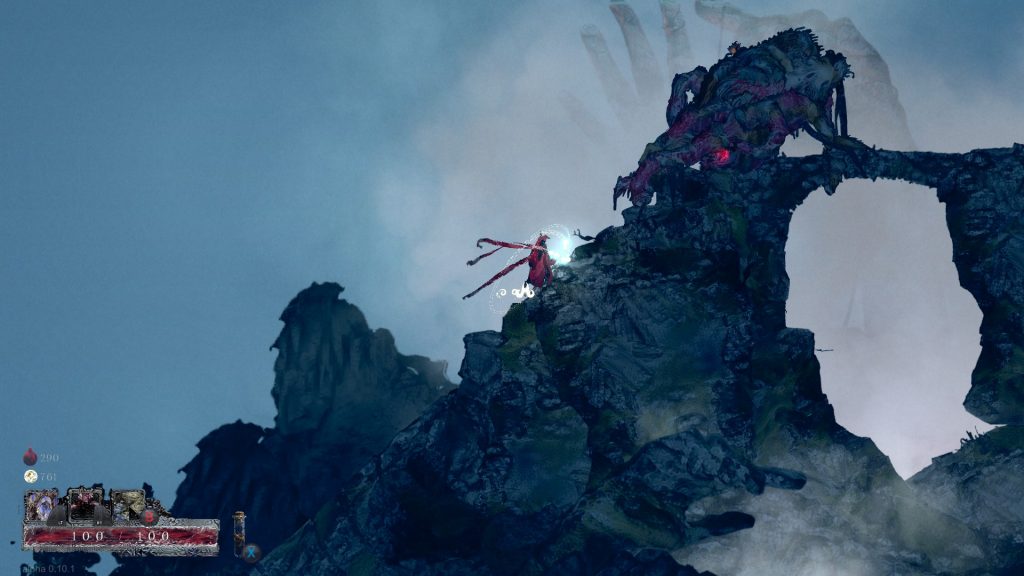 Source of Madness is a horror-roguelite platformer set in a macabre fantasy world, and the game has the ability to design the monsters that plague it (via PCGamesN).

This is possible through machine learning artificial intelligence. Each time the player begins a new run, the indefinable masses of limbs and maws get a makeover. Developer Carry Castle have designed a dark, desperate setting for the hero to battle these creatures within, with carapaces, flames, and ruins scarring the side-scrolling lands. The environments also change with each run, through AI neural networks,  ensuring that the player never feels quite at home here in this apocalyptic world.

Source of Madness also uses a realistic physics model, with four behemothic bosses to best across nine possible biomes, from the Loam Lands, to the Tower of Knowledge, and finally, to the Tower of Madness. The blood of these enemies may be spilled at special altars here and there, which will unlock new magic to use in combat and define the player’s approach in this unforgiving world.

Source of Madness is coming to PC and Nintendo Switch in 2021. Watch the reveal trailer below.