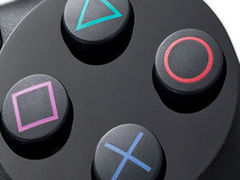 The head of PlayStation UK has expressed his opinion over the backlash Sony received following its decision not to show PlayStation 4 hardware during its reveal last week, telling VideoGamer.com that “it’s much more important to see what the damn thing does” than showing “the shiniest piece of black, green or purple plastic”.

Talking to us the day after PlayStation 4’s reveal, SCE UK MD Fergal Gara acknowledged that Sony had received a “bit of cynicism” over its decision not to show the hardware, but claimed that revealing the console’s design was “not the most important thing”.

“[There was a] bit of cynicism over ‘we didn’t see the box’ and that kind of stuff, ‘we don’t know quite what date and quite what price’,” Gara told us. “I understand that frustration but frankly, a box is a box. Is that really the most important thing?

Fans expecting to see the console took to social networks to express their disappointment over Sony’s decision not to show the hardware, with a BBC headline later labelling PlayStation 4 as the “‘invisible’ console”.

And Sony’s SVP of Worldwide Studios Michael Denny appeared to share their disappointment, telling VideoGamer.com in a separate interview that he “was a bit disappointed by [the absence of hardware] as well, but it will be here later in the year”.

So why didn’t Sony show the hardware last week, and does it regret its decision?

“Well, people are going to expect more news at E3 as one example,” Gara continued. “So we’ve got to think about two things. One, gradually building the story, and secondly, when we need to make decisions. It isn’t appropriate to make all of the decisions this far out.

“A great example would be a precise release date. We’re working through all sorts of production schedules and all that kind of stuff, so we just couldn’t – unless we decided it was a year and a half away: you could probably commit to any date you like if you go that far away – but we want to get it out to market quickly and pricing those various commercial variables to be fully weighed up that we’re not fully worked through.

“In some markets in the UK I think we’re seeing that flag a little bit right now, so it needs a boost, and I think we went a long way down that road last night in whetting the appetite.”

PlayStation 4 releases this holiday season. The hardware is expected to be revealed at E3.