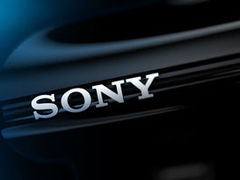 Sony UK boss Fergal Gara has suggested that the firm doesn’t feel threatened by the Wii U’s Christmas launch, but that Sony will be keeping tabs on the popularity of Nintendo’s console far more closely in the new year.

“We respect Nintendo as a highly successful competitor,” Gara told Eurogamer during last week’s EG Expo. “Of course we will watch what they’re doing with interest. It’s a very interesting product they’re bringing to market. I don’t have a clear view on how successful it will be. And to a large extent it doesn’t matter what I think. It matters what the great British public think. So we will see.”

“They [Nintendo] certainly laid a broad church in terms of the list of features hopefully trying to have a broad appeal in the device. I don’t think there will be huge volumes in the market this side of Christmas. I think they will pull in early adopters.”

If Nintendo’s console continues to gain traction in 2013, though, Gara believes that the console will become “a more important factor in the mix”.

“It’s probably one to be concerned about far more and watch more carefully into next year,” he continued. “But we feel very confident that in the PlayStation and we won’t be going after the same niche early adopter market they’ll be going after this Christmas. I think we’re sitting in separate camps at this stage, so it won’t be head to head.

“They’ve been a very key player in the market overall as you well know in recent years. So we have to respect that, watch that and do our best to compete with that.”

Nintendo’s Wii U goes on sale across the UK on November 30. UK retailer GAME is set to run a promotion offering 50 per cent extra credit on hardware traded in towards the console – including PlayStation 3.