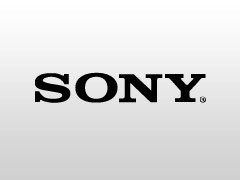 Sony has announced the free games it’ll be offering as an apology for the 25 days of PlayStation Network downtime and severe breach of personal information after the servers were hacked on April 20.

All European PSN users will be able to select any two of the following five games: LittleBigPlanet, inFamous, WipEout HD/Fury, Ratchet & Clank: Quest for Booty, and Dead Nation.

American PSN users will be able to choose Super Stardust HD instead of Ratchet & Clank: Quest for Booty, as well as some free and unspecified movie rentals.

“Once we restore PlayStation Store, which will be just a little while longer, you will have the opportunity to claim your Welcome Back gifts,” says Sony on its European PlayStation blog.

Music Unlimited subscribers will also be able to enjoy 30 days extra. If that wasn’t enough, Sony is working on a very special Welcome Back offer for PlayStation Home.

All users have 30 days from when the welcome back program goes live to claim their freebies.

But what should you get, then?

inFamous was awarded a VideoGamer 8/10 in 2009. Tom Orry said the game “might not be the triple-A exclusive we wanted it to be, but it’s still a fine game and well worth adding to your PS3 collection” in his inFamous review. inFamous 2 is out in early June, and this might be the perfect opportunity to catch up with the series if you haven’t already.

LittleBigPlanet was one of 2008’s most anticipated games. Tom described it as an “entertaining platfomer, highly polished training tool and potential gateway to greatness” in his 9/10 LittleBigPlanet review. With a superior sequel already on the market, however, would you really want to trek through the painful electric wheel again?

WipEout HD is one of PlayStation Network’s best games. Tom – who seems to have reviewed absolutely everything – said “If Sony keeps churning out PSN games like this they’ll put the retail industry out of business” in his 9/10 Wipeout HD review.

Last but not least (unless you’re going by VideoGamer.com review scores) is Dead Nation, Housemarque’s 2010 top-down zombie blaster. “For anybody whose patience hasn’t been gnawed to pieces by zombies this past year or so, Dead Nation is easy to recommend,” wrote Jamin Smith (who definitely isn’t Tom Orry) in his 7/10 Dead Nation review.

Which games will you choose?