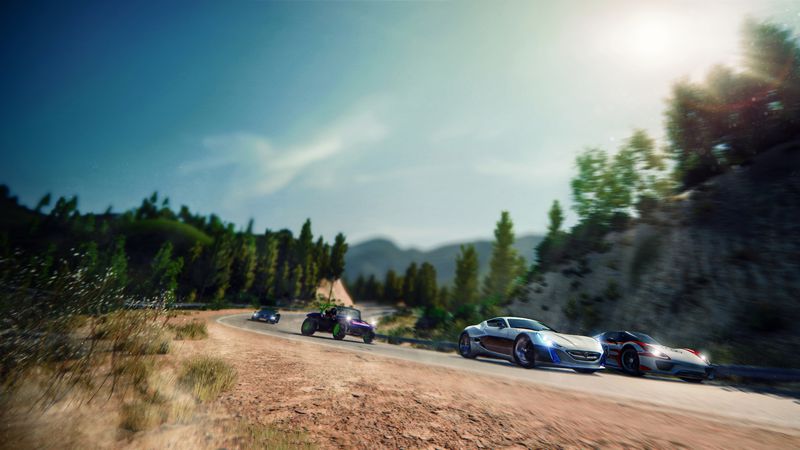 So, The Grand Tour Game is actually a thing

The Grand Tour is officially being turned into a video game courtesy of Amazon Game Studios.

In case you're not in the know, The Grand Tour is a series produced by Amazon Prime Original, and follows former Top Gear hosts Jeremy Clarkson, Richard Hammond, and James May as they talk about cars and do a lot of very silly things that grown men shouldn't really be doing.

So yeah, it's basically Top Gear in all but name, and one of the reasons why nobody watches the current Top Gear (other than it being, well, a bit crap).

The Grand Tour Game (yes, that is its actual name) will launch episodically with the third season of the show, and includes 'incredible cars, exotic locations and ridiculous stunts' all plucked from Amazon Prime's series.

There's also the promise of four-player splitscreen support, while Clarkson, Hammond, and May will be providing voice overs. Power-ups will also be a thing, apparently, so presumably it won't be a super serious effort.

The Grand Tour Game is in development for PlayStation 4 and Xbox One, although a release date has yet to be announced.