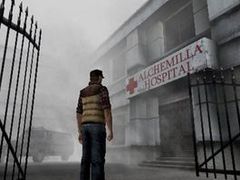 “It was supposed to be a dark comedy and, at some point, someone said Scrubs was [the inspiration]!” said Barlow. “We pushed back and said, ‘Look, if this goes out, it will be a disaster. There’s a hardcore fanbase [of Silent Hill players].”

Konami agreed, Barlow suggests, telling the developer that it “can change everything, but you’ve got to do it in the same time and budget”.

Origins was then passed from Climax LA on to the developer’s UK studio, who “rewrote the script, redesigned the levels and remade the creatures in just a week,” before wrapping up development for release in November 2007.

The game received favourable reviews landing it a 78 Metacritic rating, leading to Konami pushing for a follow-up that eventually evolved into 2010 horror Silent Hill: Shattered Memories.