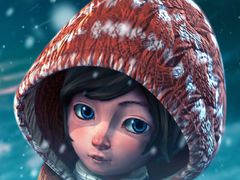 Silence: The Whispered World 2, an adventure game which follows a brother and sister into the fantastical world of Silence, is also coming to Xbox One, Daedalic Entertainment has announced.

The Xbox One version will be released simultaneously with the PC and Mac versions in early 2015.

“Silence has always been a multi-platform project,” said Daedalic studio manager Steffen Boos. “From early on, we planned to release Silence – The Whispered World 2 on consoles as well, but we wanted to make absolutely certain the controls were tuned to each platform before announcing its console status.”

Silence – The Whispered World 2 follows 16 year-old Noah and his little sister Renie who manage to escape from the devastation of war inside a bunker where they find a passage to the fantastic dreamscape of Silence.