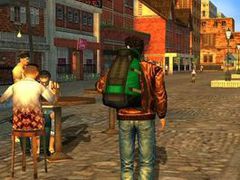 Shenmue City, the recently launched MMO that takes place in the Shenmue series’ setting, has shuttered after just one year.

A Japanese exclusive, the MMO was developed as a free-to-play social title for mobile phones and was expected to later come to browsers, Andriasang reports.

An update, however, was placed on the official site of developer Ysnet on December 26 thanking users for their time while notifying them the game was coming to an end.

Shenmue City was directed with the help of series creator Yu Suzuki.

No word on whether this affects the likelihood of Shenmue 3 rearing its head but I wouldn’t hold my breath.