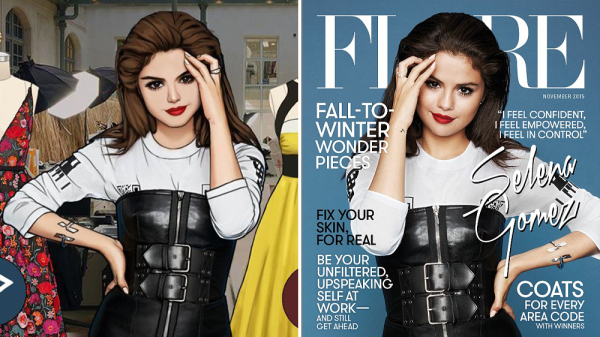 Selena Gomez’ likeness has been used without her permission in a dress-up game, and so, she has filed a $10 million lawsuit against the developer (via Kotaku).

Clothes Forever – Styling Game is available on the Apple App Store. It puts the player in the shoes of a stylist for “the most beautiful models and celebrities; the likes of Kardashian, Gigi, Beyonce, Taylor, and more,” and sells an in-game currency for prices ranging from $1 to $100. The singer is suing Guangzhou Feidong Software Technology Co. and MutantBox Interactive Limited for the unauthorised use of her image in the game.

“Defendants never requested, consulted, or informed Gomez regarding the use of any of her publicity rights in connection with the Game,” read the lawsuit. “Nor, if asked, would Gomez have consented to such use for the Game, which apparently relies on the unsavory practice of luring its users to make in-game purchases in amounts as much as $99.99 to fund imaginary spending in the Game and unlock features.”

She was dismayed to discover her likeness in the game because she has “carefully curated all endorsements and business opportunities.” Furthermore, the suit criticises Clothes Forever – Styling Game for being “bug-riddled” and “rated a measly 3.5 stars out of 5” on the App Store.