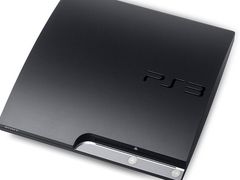 SCEA: We’ve just scratched the surface of the PS3

Sony Computer Entertainment of America CEO Jack Tretton believes only now are developers beginning to harness what the PS3 is capable of, noting that the surface has barely been scratched.

“I can’t even imagine what can be done technically beyond the PlayStation 3 in the near future. A question I often get is ‘when we are going to see PlayStation 4?’ When somebody can craft the technology that exceeds what we’re able to do on the PS3, but we are still just starting to harness it.”

Tretton added: “I don’t know what the percentage would be, but we’ve clearly just scratched the surface in the PS3. You’re just starting to see games like Little Big Planet, Uncharted 2, and Final Fantasy XIII, that are really taking advantage of the technology.”

With games like Heavy Rain in stores today, God of War III just around the corner and the critically acclaimed Uncharted 2 from last year, the PS3 is certainly going through a purple patch.