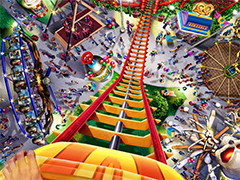 A new entry in the RollerCoaster Tycoon series is set to be announced soon, judging by a series of teases from Atari.

The publisher posted a gif of a rollercoaster on its official social media channels last night, along with the caption: “A wild thrill ride awaits! #RCT4M”. The update was also shared by the official RollerCoaster Tycoon Facebook page.

The ‘M’ in the hashtag, however, has led to speculation that RollerCoaster Tycoon could be a mobile title rather than a fully fledged PC release.

What do you think it could be? Let us know your thoughts below.