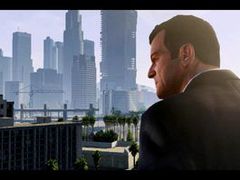 Job ads asking for Network, Gameplay and Tools Programmers appeared on Gamasutra last week. The Gameplay Programmer listing calls for candidates who are “ready for the challenges posed by large scale open worlds with complex AI and physics.”

No surprises there. But the Tools Progammer ad has a few notable words:

“Rockstar’s RAGE team creates the technology that drives games such as GTA IV and Midnight Club: Los Angeles. We’re heavily expanding, making a new suite of game creation tools and the engine to make them shine. We’re creating something meaningful, technically advanced, game centric, and above all, cool. We want People with passion and talent in equally high volume to join us on our journey as we define the future of gaming technology.”

While the advert doesn’t explicitly state that Rockstar has started work on next-gen development, it’s pretty much implicit in the wording. It’s not about to invest in a new engine for current-gen machines, just as their successors are about to appear on the horizon; let’s not forget that Red Dead Redemption was built on the same engine that handled GTA IV – and presumably the same one that will handle GTA V.

It’s a given that most studios will be working on next-gen tools by this point. Still, it’s exciting to know that Rockstar is building the architecture for games on the next batch of consoles, whatever they turn out to be.