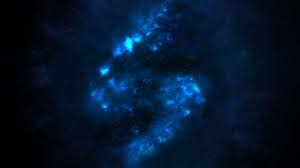 Retro Studios is plugging away at Metroid Prime 4, and has released a new lot of opportunities to work at the studio, including a boss and artificial intelligence designer (via My Nintendo News).

The game has been in the works since 2017, and suffered a setback when Nintendo chose to scrap the efforts of the previous developer and pass the baton to Retro Studios. New hires continue to walk through the doors, with experience producing titles like Crysis 3, Epic Mickey, and Eternal Darkness 2. We now know that even more positions have become available, thanks to the vigilance of Shinesparkers, a fansite for Metroid.

One of these roles is for a boss and artificial intelligence designer. The candidate would be asked to “design, own, and champion Boss and AI encounters in a highly iterative environment,” and “plan out thoughtful and intentional player experiences at both macro and micro levels.” This seems to suggest that Retro Studios is aiming for a much more immersive experience for the fourth game in the series. The developer is also seeking a lighting artist with an “exceptional eye for color, value and composition expressed through lighting,” as well as an art department coordinator.

Shinesparkers notes that openings for a concept artist, environment artist, lead animator, lead graphics engineer, technical animator, and senior designer are still there since their posting in February. As a result, we would imagine that we will not see Metroid Prime 4 in Nintendo’s June showcase. Previously, the publisher said that it wanted to “wow people” when the game does get its reveal, and from the looks of these job opportunities, it seems that the game will spend a little more time in the oven.

Metroid Prime 4 is in development for the Nintendo Switch.