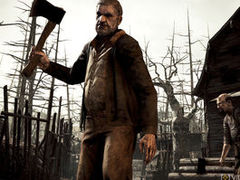 Resident Evil spin-off Umbrella Corps will release digitally on PS4 and PC in May for £24.99, Capcom has announced.

The third-person multiplayer shooter will let up to 6-players compete online in team-based battles and fight across locations from previous Resident Evil titles, including the Village from Resident Evil 4 and a new Tricell HQ inspired by Resident Evil 5.

A single-player mode known as ‘The Experiment’ will also be thrown in, offering a “horde-like mode” that pits players against waves of enemies in more than 20 missions. Don’t expect it to be much more than a tutorial to the online component, however: Capcom says that the mode “challenges players to hone their skills as they familiarize themselves with the world of Umbrella Corp”.

For a closer look at what to expect, take a look at the trailer below or head through here for brand new screenshots.