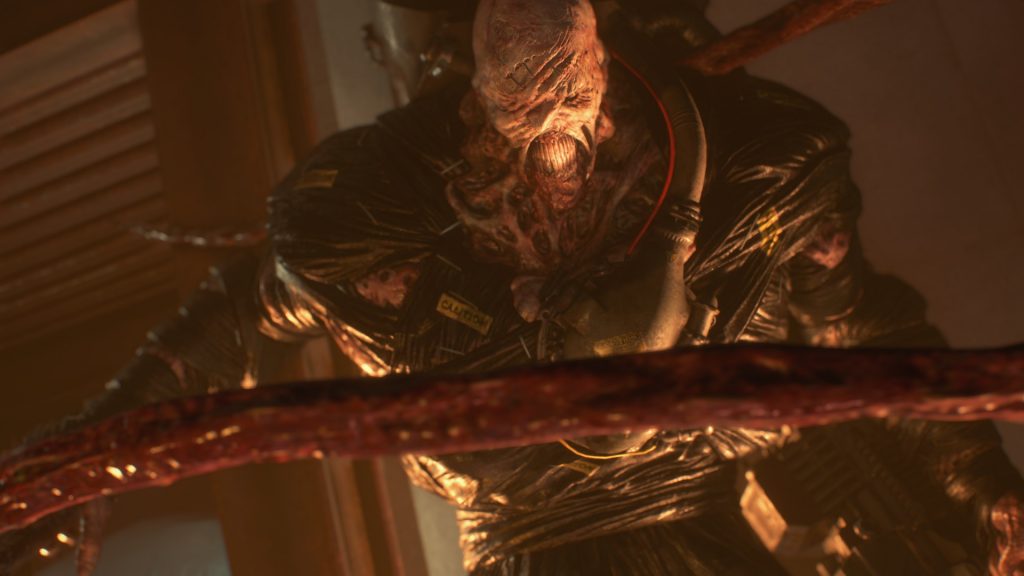 A new trailer has dropped for Resident Evil 3 Remake, along with descriptions for the cast of characters in the highly-anticipated horror recreation (via Push Square).

Jill Valentine, Carlos Oliveira, and nasty Nemesis have all gotten a new look for the remake, and this new trailer is dedicated to the awe-inspiring antagonist. Considered to be one of the most iconic villains in video games, Nemesis pursues the surviving S.T.A.R.S. team through the ruins of Raccoon City with a frightening focus. Capcom has said that Resident Evil 3’s Nemesis is smarter than Resident Evil 2’s Mr. X, and that its incredible healing abilities makes it practically invincible. Nemesis will use a flamethrower instead of a rocket launcher to hunt down Jill Valentine, and its tentacles will attack from distance and trap fleeing targets. It seems that the team doesn't have a hope in hell of taking this thing down, and if they do engage, they’ll need to be quick, otherwise, it’s the end of the line.

We know that the merc with a heart of gold, Carlos Oliveira, will take on a central role in the remake when compared to his story in the original. Players will play as Carlos “at various points” in the game, and these shifts will build upon his character and reveal the reason why the Umbrella Biohazard Countermeasure Service were already in Raccoon City before the disaster. In the trailer, we see Carlos face to face with a Hunter, a reptilian hybrid bioweapon seen in the original Resident Evil. Exceptionally agile and unrelentingly vicious, these creatures will be a serious threat to the characters with, “reptilian movements that make them much harder to pin down.”

Resident Evil 3 Remake will come to the PlayStation 4, Xbox One, and PC on April 3, 2020. Watch the new Nemesis trailer below.