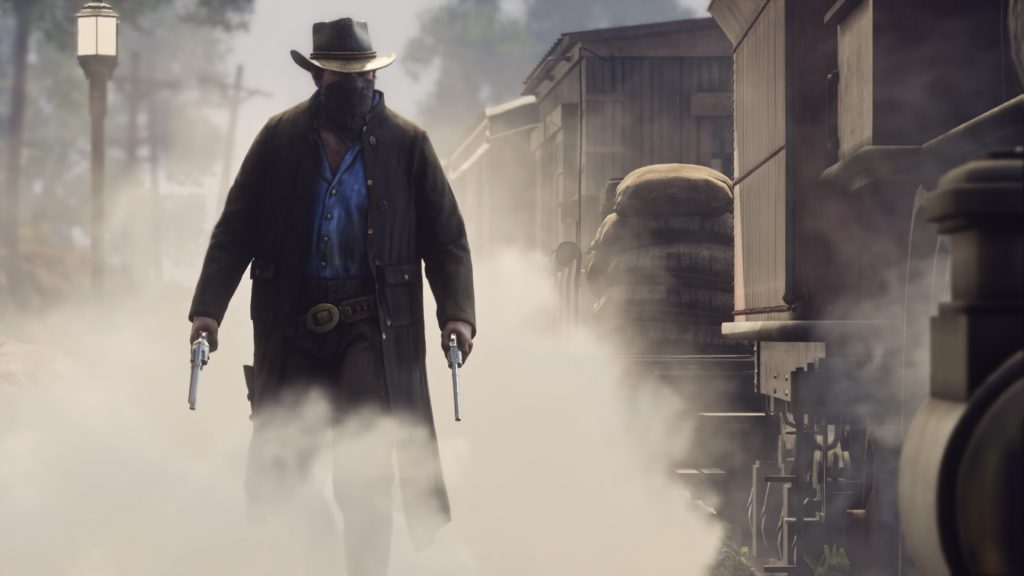 After teasing it last week, Rockstar Games has released a brand new trailer for Red Dead Redemption 2, revealing the protagonist and some story details.

Arthur Morgan is a member of the Van Der Linde gang, wanted man, and the star of Red Dead Redemption II. The follow-up to 2010’s RDR will see Morgan and his crew ‘steal their way across the vast and rugged heart of America in order to survive,’ according to Rockstar.

After watching the 90 second video, we’re guessing that players will be able to rob trains and banks while dual wielding pistols. Also, hunting seems to be coming back as you can see one of the cowboys stalking an animal in the trailer with a bow and arrow.

We’ll be dissecting this minute and a half for the next few months.

Red Dead Redemption 2 is out on PlayStation 4 and Xbox One in Spring 2018.