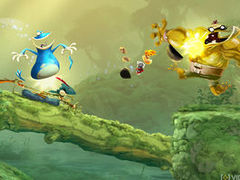 The Xbox One and PlayStation 4 release of Rayman Legends has been brought forward by one week, Ubisoft has announced.

Though a reason for Rayman’s accelerated release has not been provided, it may be to avoid clashing with Square Enix’s Thief, a major next-gen title due to launch on February 28.

As well as including all of the content included with the current-gen versions of Rayman Legends, the Xbox One and PS4 ports include brand new costumes and additional console-specific features, including 10 exclusive challenges on the Xbox One version, and touchpad and Remote Play functionality on PS4.