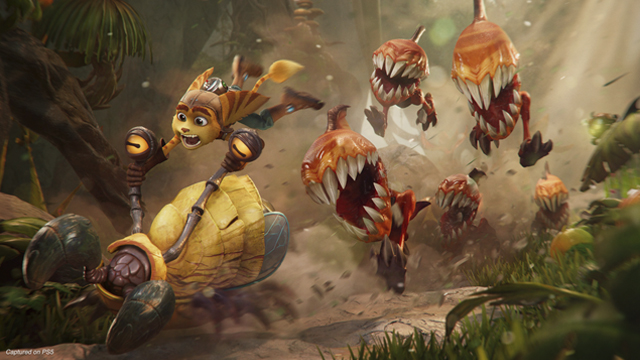 The next adventure starring interstellar duo Ratchet and Clank: Rift Apart won’t be coming to the PlayStation 4 and will exclusively release on the next-generation PlayStation 5, Insomniac has confirmed.

Given the game was revealed back in June with the conceit that it would see the titular duo “seamlessly travel through different dimensions in mid-gameplay, thanks to PlayStation 5’s ultra-high speed SSD” it seems somewhat obvious that this would be the case, but in answering fan questions via Twitter over the weekend the studio confirmed the game won’t be getting a PS4 release with a fairly definitive “It’s a PS5 exclusive”.

The idea that a current-gen release was possible most likely stems from the surprise announcement a couple of months ago that previously presumed PlayStation 5 exclusives Spider-Man: Miles Morales, Sackboy: A Big Adventure and even the yet-to-come Horizon: Forbidden West will be getting PlayStation 4 versions upon their respective launches.

Ratchet and Clank: Rift Apart is said to be a “launch window” release for the PlayStation 5, though at the time of writing no firmer launch date has been given.