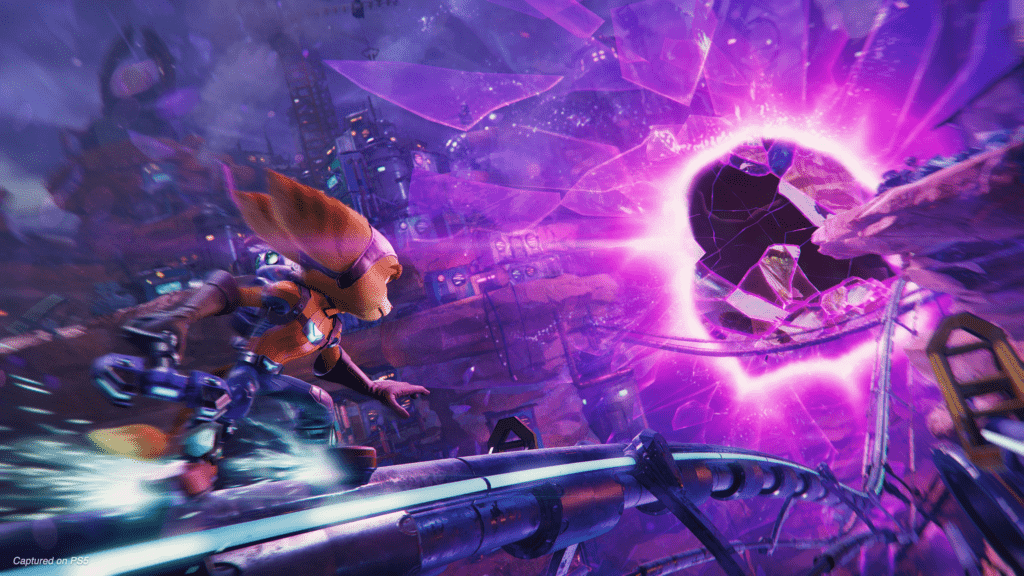 As promised during our appetiser earlier this week, Insomniac games treated us to our main course of over 15 minutes of Ratchet & Clank: Rift Apart gameplay during the latest State of Play broadcast last night.

In it, we get to see plenty of action from the upcoming dimensional-hopping adventure as the game’s creative director Marcus Smith talks us through a pair of short sequences—one with Ratchet and one with series debutant Rivet. We also get a good look at some of our heroes’ new abilities, including the new Rift Tether which allows you to pull yourself across the map to escape, or to get the jump on the baddies.

Pocket dimensions, huge impressive worlds that look very impressive thanks to the increased power of the PlayStation 5 and a good gander at some of the weapons from the varied arsenal that’s signature to the series are all also included in the video, which also closes with a brief teaser montage of things like puzzles, glitch and arena challenges, arial combat and so much more.

Check out the replay of the broadcast for yourself below. Ratchet & Clank: Rift Apart is scheduled for release exclusively on the PlayStation 5 on June 11, 2021.