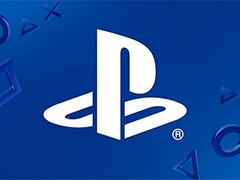 PSN crumbles under the weight of Black Friday

UPDATE: Sony has acknowledged the outage and confirmed that “some [PSN] services are experiencing issues”, including account sign-in and online multiplayer.

“Our engineers are working to resolve the issue as soon as possible, and we thank you for your patience,” Sony says. It has yet to provide an estimate on how long the service may be offline for.

ORIGINAL STORY: Picked up a PS4 in today’s Black Friday deals? You aren’t the only one.

Multiple users have reported problems signing in to PlayStation Network as the service struggles to keep up with the amount of players flooding the network.

Reports of outages have shot up within the past hour, according to Down Detector, with the network seemingly offline across Europe and parts of the US. We haven’t been able to log in, either.

Sony has yet to acknowledge the outage or say when it thinks the service will get back to normal. We’ll keep you updated as we hear anything further.