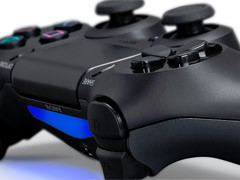 PS4 Neo will launch this year despite E3 no show, claim sources

PlayStation 4 Neo, a more powerful PS4 console, will still ship this year despite the system not appearing at E3, sources have told Digital Foundry.

“Several sources have indicated to me that PlayStation Neo launches this year, despite its E3 no-show,” writes Digital Foundry in an article discussing if 4K is the correct focus for the new systems.

Whilst Microsoft closed its E3 conference with the announcement of the six teraflops Xbox One Scorpio, Sony chose not to discuss its new system. Instead Sony confirmed the existence of the console prior to E3.

Rumours indicate Scorpio will boast a 40 per cent performance advantage over Neo, but the lower spec of Neo could allow Sony to launch this year.

Sony is already playing down the importance of having the most powerful console on the market, with SIE Worldwide Studios chairman Shawn Layden telling Time: “Is that going to be the end-all, be-all of the gaming experience? No. I think more than anything else today, we’re seeing the power of narrative move the gaming business forward more than ever before.”

That said, Layden did confirm that Neo will offer games at a “higher resolution” and “with an enhanced graphical experience” when compared to the original PS4.