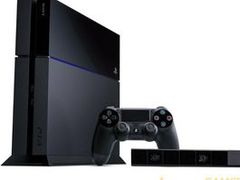 A European release date for the PlayStation 4 may have been set at November 13, according to listings by two Dutch retailers.

November 13 is a Wednesday.

Several US retailers have pointed to an October 29 release for the console in the Americas.

Microsoft has announced a November release for the Xbox One in both the US and Europe. Officially, PS4 goes on sale this ‘holiday’.