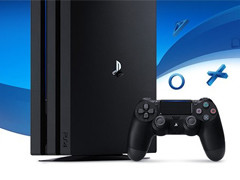 PS4 users will be able to transfer all of their data over to PS4 Pro via an Ethernet cable – although you’ll need to update your new console with a system software update first.

Discussing the feature in a new video on PlayStation Access, PlayStation UK community manager Hollie Bennett explained: “It might be that you already have a PlayStation 4 and you’re looking to upgrade,” she said. “Obviously you’ve got things on your PS4 and you can transfer stuff.”

“So what’ll happen, the PS4 Pro will be shipped at launch with [system software] 3.70, with version 4.0 coming soon. Once you’ve updated it, an option to transfer data from one system to another via Ethernet cable will become available, making it nice and easy if you want to upgrade.”

I would assume – although I’m not entirely sure – that means you’ll be able to pick up a PS4 Pro without running the risk of losing access to cult horror demo PT.

You’ll also be able to upgrade the PS4 Pro’s 1TB hard drive with a larger hard drive, although specifics on whether it will be limited to a 2TB hard drive similar to the original model have yet to be confirmed.