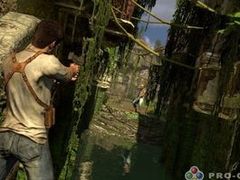 After months of speculation over the arrival of a PlayStation 3 budget range, Sony Computer Entertainment Europe has finally made it official. From August 1 a number of games will be reduced to £19.99 / â‚¬29.99 as part of the PS3 Platinum range.

“If you’re a longstanding PS3 owner with gaps in your collection – or perhaps you’ve just joined the family – the PS3 Platinum range is your chance to pick up some of the very best games at a wallet-friendly price,” said David Reeves, President and CEO, Sony Computer Entertainment Europe. “With great titles spanning a huge breadth of gaming experiences, this August is a great time to be a PS3 owner.”