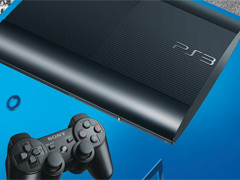 Sony has told VideoGamer.com that it has “identified the issue” related to this week’s console-breaking PS3 firmware update, and is planning to a roll-out a further firmware update next Thursday, June 27 to fix the issue.

In a statement provided to VideoGamer.com this afternoon, SCEE said:

“We have identified the issue related to the PlayStation 3 software update (version 4.45) that impacted a small number of PS3 systems earlier this week. A new PS3 system software update is planned to be released on June 27 that resolves the issue.

“Thank you for your patience and understanding and we apologise for the inconvenience.”

Users reported issues with PlayStation 3’s 4.45 firmware update earlier this week, with some reporting that the update had bricked their console.

Sony pulled the update in response.

It’s not yet clear how those with bricked consoles will be able to fix their console, but expect official instructions alongside the release of next week’s update.