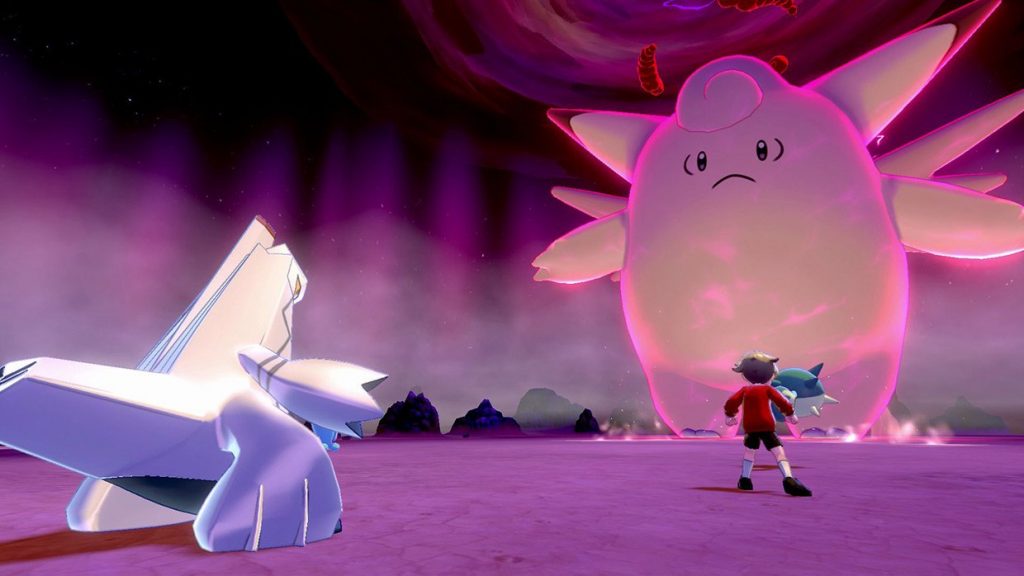 Pokémon Sword & Shield is the fastest-selling Switch game ever

Pokémon Sword and Shield have sold six million units worldwide in its launch week, earning the title of the fastest-selling Switch game ever (via Gematsu).

The Pokémon Company broke the news in a report, but the writing was on the wall. In the UK, Pokémon Sword is perched in the pole position in the physical sales chart with Pokémon Shield cosying up in third place. As a result, Pokémon Sword is the most successful platform exclusive of this year. Yep, that means it trumped Death Stranding, Days Gone, Gears 5, and Luigi’s Mansion 3.

With this update, Pokémon Sword and Shield have even more reason to be as smug as a Swadloon in a rug. As aforementioned, it’s Nintendo’s fastest-selling Switch game. It achieved double the launch week sales of Pokémon Let’s Go and dethroned the king of the castle, Super Smash Bros. Ultimate. In spite of these impressive numbers, it isn’t the zenith of the Pokémon series. Sword and Shield lose out to the 3DS titles Sun and Moon and X and Y, and there are theories to explain that.

Firstly, this only counts the physical sell-through of Pokémon Sword and Shield. Digital sales could boost this statistic significantly but that’s the case for almost all games that launch digitally and physically. Secondly, there is a lower install base of the Switch and the Switch Lite. The price of the console and the game may mean that people are waiting until they can afford to pick up the newest Pokémon RPG. Thirdly, the changes introduced to Sword and Shield received a mixed reception. For example, the loss of the national dex led to a social media movement accusing Game Freak of lying to Pokémon fans about the realities of developing for a unique piece of hardware.

I think Pokémon Shield is well good. Sure, I was sad to find out that Bulbasaur wouldn’t make an appearance, but I don’t notice it when there’s a Machoke sprinting full-tilt towards my Trainer. Plus, the new features have made it much easier for me (a rookie) to engage in the intricate and complex mechanics. Like Nature Mints that affect the development of the two stats of the Pokémon.

Pokémon Sword & Shield is out now for the Nintendo Switch.