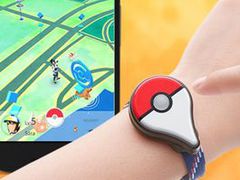 Pokemon GO has achieved more than 500 million downloads and is now available in more than 100 countries, the Pokemon Company and developer Niantic have announced.

The game only launched in July for iOS and Android devices.

“The phenomenal success of Pokemon GO during the brand’s 20-year celebration is an incredible reminder of how many people around the world love Pokemon,” said Tsunekazu Ishihara, president and CEO of The Pokemon Company. “The team at Niantic developed a unique experience that merges their expertise in cutting-edge location-based technologies with the beloved characters and classic gameplay of Pokemon. This ideal match of the right brand and the right technology has resonated with hundreds of millions of existing and new fans around the world.”

In addition the highly anticipated Pokemon GO Plus accessory will launch in the UK on September 16 priced £34.99 – that’s available to order now from the Nintendo Store.

Pokemon GO Plus is a wearable device which lets players interact with Pokemon GO without needing to look at their phone. The device notifies players about nearby Pokemon by vibrating and flashing green. Players can press the button on the device once close to throw a Poke Ball. A successful catch will result in the device flashing and vibrating.

The GO Plus will vibrate and flash blue whenever in range of a PokeStop, allowing players to receive items by tapping the GO Plus button.