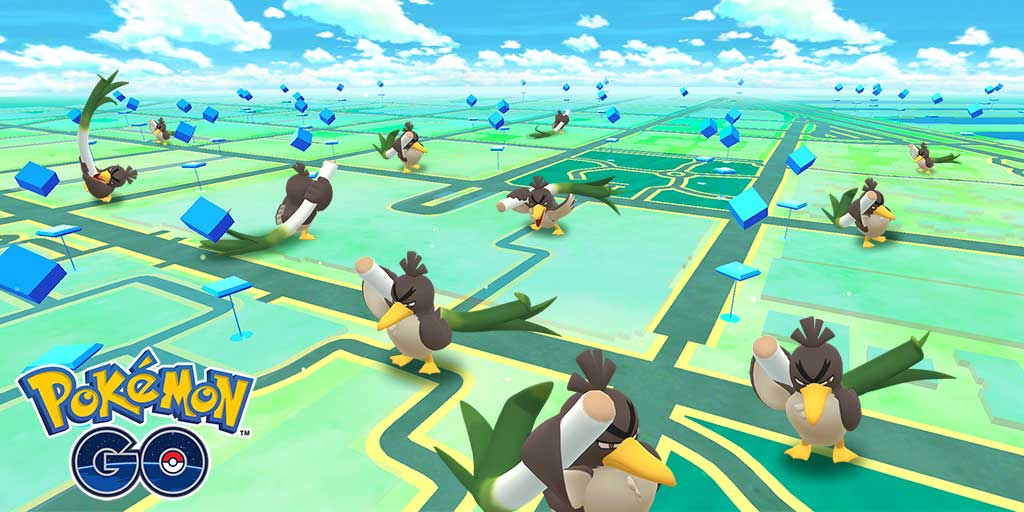 Galarian Farfetch’d is now available in Pokémon Go in celebration of the launch of The Isle of Armor for Pokémon Sword & Shield.

The Wild Duck Pokémon will only be available in the wild for one day, and the animals will scatter to the winds on June 18 at 6.00am PDT. Also, players will be able to dress their avatar up in dojo uniforms from The Isle of Armor, and there are apparel items inspired by Galarian Farfetch’d, too.

Regarding Pokémon Go Fest 2020 which will be held on July 25 and July 26, it will be an all-digital event which will be accessible for players all over the world. The Legendary Pokémon to be featured in this event is Victini, and there will be a Pokémon Go Fest microsite, which will function like the team lounges at previous Pokémon Go Fests. The site will “give players a chance to take a break from catching Pokémon and interact with other Trainers, participate in fun giveaways, and get event updates.”

Finally, it was announced that Mega Evolution is coming to Pokémon Go, and it will be a “new take on Mega Evolution that is enhanced by Pokémon Go’s unique gameplay.” This is a little vague, and we’re not sure when these forms will be introduced and for which Pokémon, but it will likely be a new Special Research track for players to take on at their own pace.

Pokémon Go is out now for iOS and Android devices.