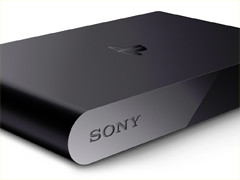 PlayStation TV sales up 1,272% on Amazon since price cut

According to Amazon data, sales of the device have increased by 1,272 percent over the last 24 hours, making it the 11th most popular item in the retailer’s PC & Video Games category. It previously ranked at No.151.

PlayStation TV allows users to play select PS Vita, PSP and PSOne titles directly through the device provided they have a compatible controller, or stream PS4 titles to another TV within the same home.