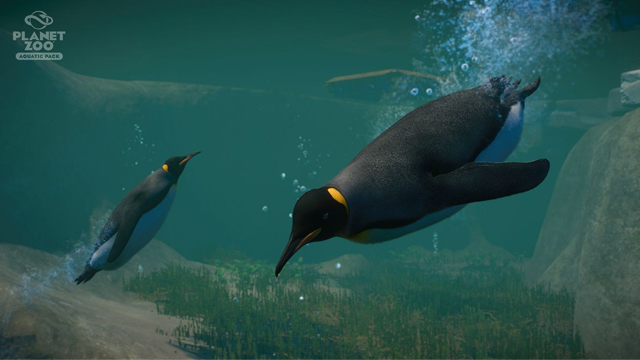 Developer Frontier Developments has announced that it will be adding a new Aquatic Pack DLC to zoo-building simulator game Planet Zoo next week.

The new pack will include five water-dwelling animals, namely the King Penguin, Grey Seal, GIant Otter, Dwarf Caiman and the Diamondback Terrapin. These will come with three appropriate enrichment items to keep them happy including rubber ducks, platform floats and jetties.

There’ll also be over 170 new scenery pieces added to the game in the new pack, covering both construction items and blueprints, and of course the pack will also contain an all-new scenario to challenge zookeepers with, taking them to Oregon, USA to create an aquatic-themed park based around a drained riverbed.

A free content update will also be released for the main game alongside the DLC which will include new foilage and enrichment items, quality of life updates and its own brand new scenario set in the Phillipines. You can check out the full patch notes for the update over on the Planet Zoo website.

Meanwhile the Aquatic Pack will be available for Planet Zoo on PC via Steam from December 8 and you can see a trailer for the new content below.