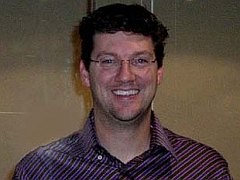 Pitchford wants ‘something different’ from Bungie

Despite openly expressing his love for Halo and Modern Warfare, and despite comparing Bungie and Infinity Ward to the son of God, Gearbox president Randy Pitchford has called upon both developers to explore new horizons with their games.

“I keep waiting to hear what Bungie is going to do that’s not Halo,” said Pitchford, speaking to VideoGamer.com at E3. “Those guys are amazing, right? They walk on water! And the same with Infinity Ward. It’s like, dude I’m totally psyched to get my Call of Duty fix every year, but you guys are amazing! What else have you got? Can you give me something I haven’t seen before?”

Pitchford added that the current state of the market makes it difficult for developers to gamble on new IPs, particularly when they have a franchise as successful as Modern Warfare.

“The folks that are innovating need to be rewarded so that the folks that are making big bets can take that risk. It’s too big of a risk for Infinity Ward to do anything but what they’re doing, because there’s too much value and there’s really big scope for it.”

Pitchford also said that Bungie’s move away from Microsoft was a promising step, but admitted that the developer had taken “a big risk.”