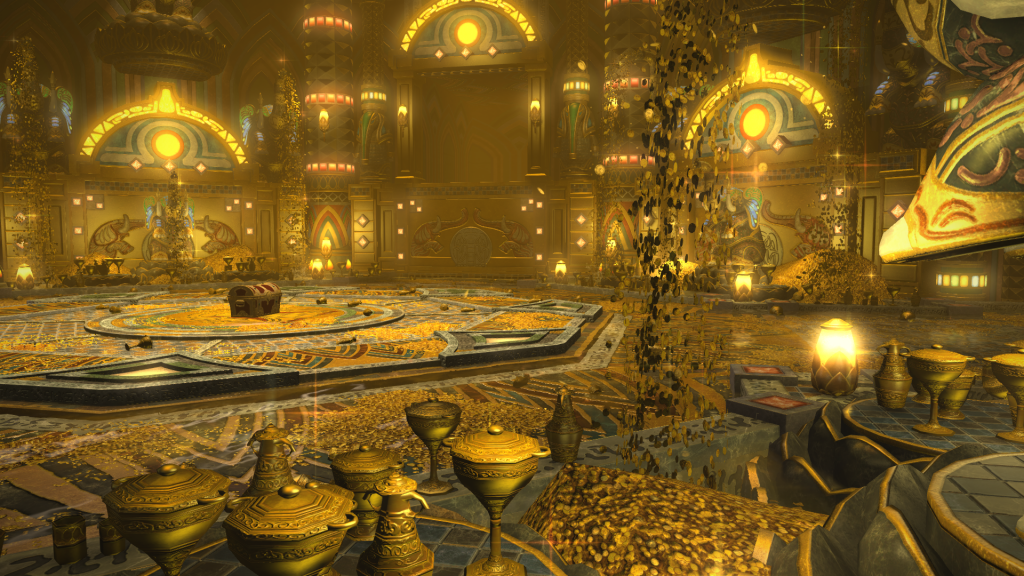 The full notes for the latest patch for Final Fantasy XIV Stormblood, 4.05, are now available. This patch adds quite a few new things, including a new special instance, and a high-difficulty version of the Omega: Deltascape raid.

The Lost Canals of Uzinir is a special instance kind of like the Aquapolis, where you can explore ruins filled with treasure (and, presumably, steal said treasure). To get access you need to find and open treasure coffers found from gazelleskin treasure maps. Meanwhile, the hard difficulty of the Omega: Deltascape raid (Savage difficulty) can only be accessed in the Raid Finder. Warning: this isn’t for the beginner player.

The patch also adds the Allagan Tomestones of Creation, a new kind of currency  you can trade for the most powerful in-game items. There’s also a bunch of new items to check out, including new mounts, minions and furnishings.

That’s not all, of course, and you should be aware that some of the new content won’t work if you’ve not got and registered the expansion packs for Final Fantasy XIV. For more info, and the details of which versions of the game work with what, check out the full patch notes.