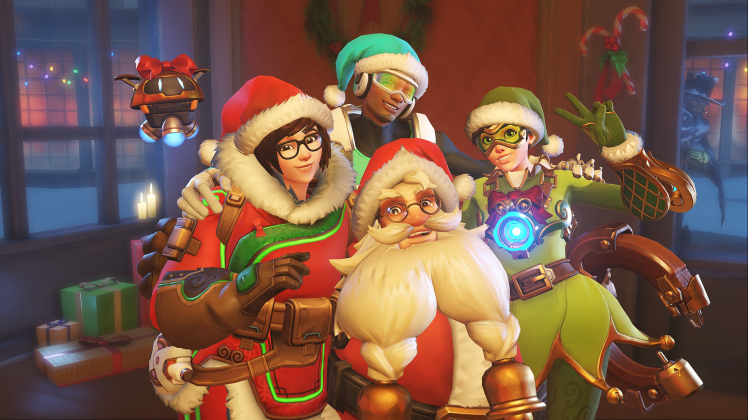 ‘Dashing through King’s Row, in an ice block made by Mei…‘

The ‘Winter Wonderland’ event introduces over 100 new Christmas-themed cosmetic items for players to unlock, including a Santa suit for Torbjorn and an elf costume for Tracer, along with new icons, sounds and sprays.

Maps have been done up for the holidays, too, with Hanamura and King’s Row both being decked out with Christmas decorations, while a new brawl – Mei’s Snowball Offensive – pits 12 players in a snowball fight to the death.

As usual, you’ll only be able to unlock the new cosmetic items via the new Winter Loot Boxes, which you can grab by levelling up or by purchasing individually. A pack of 11 costs around £8.

You’ll have to be quick if you want them, though: the Winter Wonderland event and the opportunity to unlock the new skins will only be around for a limited time, with the event due to come to a close on January 2.