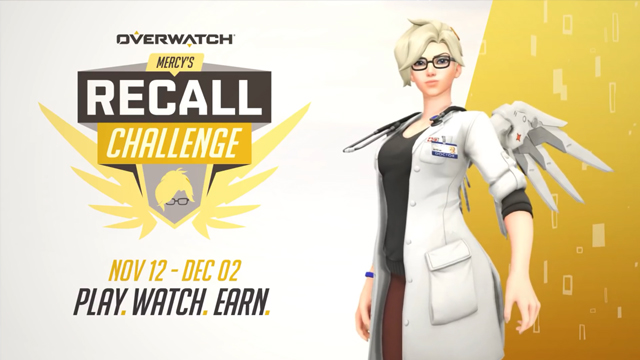 Blizzard has launched the latest in-game event in hero shooter Overwatch, announcing that from now until 2 December, players have chance to earn a whole bunch of new Mercy rewards in the Mercy's Recall Challenge Event.

As per the announcement, players can earn a player icon, eight sprays and a Legendary Dr Ziegler Mercy Skin by winning three, six and nine games respectively in Quick Play, Competitive and Arcade modes. In addition, six more sprays can be earned by watching Twitch streamers before, after or during matches for the duration of the event if they've linked their Twitch and Blizzard accounts.

The new cosmetics are all based around the new Valkyrie short story Blizzard released earlier in the week, that centers around Mercy and her time between Overwatch and the recently announced Overwatch 2.