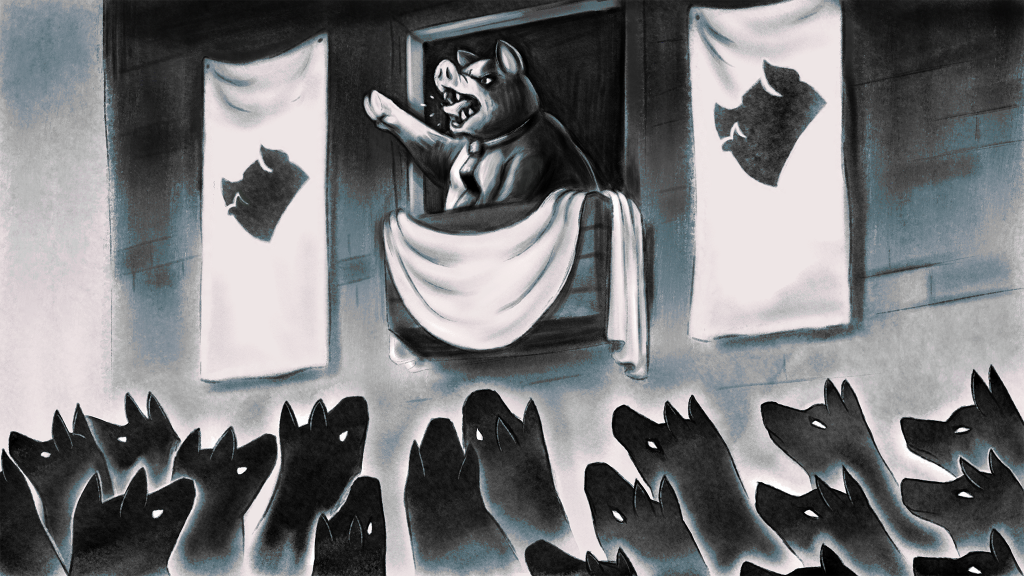 Developer Nerial has announced that Orwell's Animal Farm—a choice-based narrative adventure game based on the famous novel—will be releasing on PC and mobile from December 10.

The game comes from the developers of the excellent Reigns series and gives you the chance to see if you could run the titular farm better than Napoleon managed in the novel, or whether you'll wind-up ruling with an iron hoof with the populace under your dictatorship. Several characters from the book will appear, and the game promises scenarios both from said book and others based on more recent world events. There's also narration from Abubakar Salim who you may remember as Bayek in Assassin's Creed Origins.

Orwell's Animal Farm releases on PC via Steam and mobile from December 10 and you can check out a trailer for the game below.