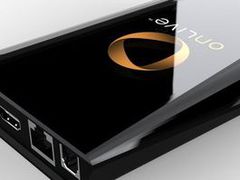 OnLive to launch this autumn in the UK

The OnLive cloud gaming platform will launch in the UK this autumn, with registration to secure a unique OnLive Player Tag beginning from June 7.

“OnLive will hit UK shores with a vastly more expanded offering than the US launch a year ago,” said Steve Perlman, OnLive founder and CEO. “OnLive UK will launch with over 100 games, including the latest top titles, full compatibility across a wide range of HDTVs, tablet/smartphone devices and most PCs and Macs, as well as a wide range of exclusive social features, including massive international spectating/voice chat, Brag Clip videos and instant-play Facebook integration.”

Head over to onlive.co.uk from June 7 to complete a simple, free sign-up process and reserve an OnLive Player Tag. Once registered you’ll receive notifications and updates about the pending UK launch via email.

As OnLive UK Founding Members, you will be given access, in sign-up order, to the OnLive UK Game Service as OnLive UK ramps up to full public operation.

Full launch details regarding UK dates, prices and packages, game library, OnLive Game System retailers and specific OnLive events will be announced by OnLive and its partners over the coming months.

In addition, OnLive has announced the Universal Wireless Controller which not only works with OnLive’s own MicroConsole TV adapter, but works with almost any OnLive-compatible device, either establishing a wireless link directly with the device, or via a small USB dongle plugged into the device. The controller will be demoed at E3 next week.